Question: How do I know if a company uses applicant tracking system software?

More than one-fourth of all companies use some kind of an applicant tracking system to manage applications and candidates, and this number continues to grow. ATS software is more likely to be used in large companies (more than 100 employees) and certain types of industries — technology, healthcare, and government organizations. Unless you’re personally handing your résumé to the hiring manager, it’s possible an ATS might be used in the applicant screening process. (And even then, the résumé may be scanned in!) When in doubt, submit an ATS-friendly résumé. You can always follow-up with a hard copy of a more formatted (non-ATS-friendly) résumé or bring the formatted version with you to the interview.

Question: What is an ATS-friendly résumé?

An ATS-friendly résumé is formatted in such a way that it can be easily imported and read by the ATS. However, because there is no industry standard, the general guidelines are: No charts, graphs, or special formatting. Use only keyboard characters (*, >, /, etc.) to separate information. Save the file in .DOC or .TXT format (do not upload a PDF, RTF, or JPG). 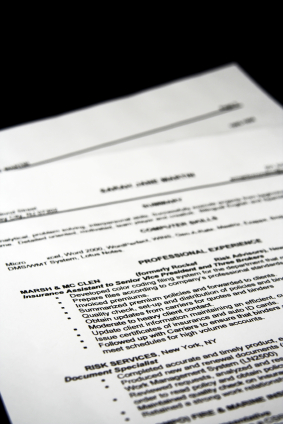 Question: If I’m given the chance to upload my résumé or copy-and-paste it in, which should I do?

If you’re given the choice, upload a Word file with your ATS-friendly résumé. Larger companies are likely using newer ATS software that will keep formatting mostly intact. For smaller companies, copy-and-paste an ATS-friendly text file into the application form.

Question: How do I know which keywords will be used in the ATS search?

Many times, you can identify the keywords that will be used by reviewing the job posting for the position and job postings for similar roles. Also check out skills and other qualifications in resources like the Occupational Outlook Handbook  and O*Net.

Question: How does the length of the résumé fit into this?

Résumés that will initially be screened through an ATS can be longer, because the computer file generally doesn’t show pages, only characters. Some ATS software has character lengths — but you’ll generally only see that if the résumé is copied-and-pasted into an online form. In those instances, it will list a character limit (for example, “Submissions are limited to 20,000 characters.”). But not many systems have that limitation.

Question: How can I bypass the ATS?

Remember: People hire people. Ultimately, if you can get your résumé in the hands of the hiring manager, recruiter, or company owner directly, you don’t have to worry about making it out of the applicant tracking system in order to get an interview. Research shows that approximately 75 percent of jobs are never formally advertised or posted, and only about 5 percent of candidates are hired from job postings. So focus on getting your résumé to the right person in order to land an interview. It’s especially important to bypass the ATS if you don’t have the “perfect” qualifications, as outlined in the job posting.